Some Multipolis group-work & training sessions took place with the social workers during July 2014.
It was organised & hosted by Cefap Training Centre in Codroipo (Udine) & funded by ESF Regional initiatives.
The group-work sessions have been structured focusing on the alternation of role-play, the vision of cartoons, extracts of tv-series/movie, & moments of discussions & collective debates, favouring a path of “self and mutual discovery & recovery”.

Passing through participation & play, then through introspection followed by collective analysis of the interrelations allowed participants to deepen the dimensions of “diverse prospectives” & the variety of meanings as perceived under different relational positions & perspectives. 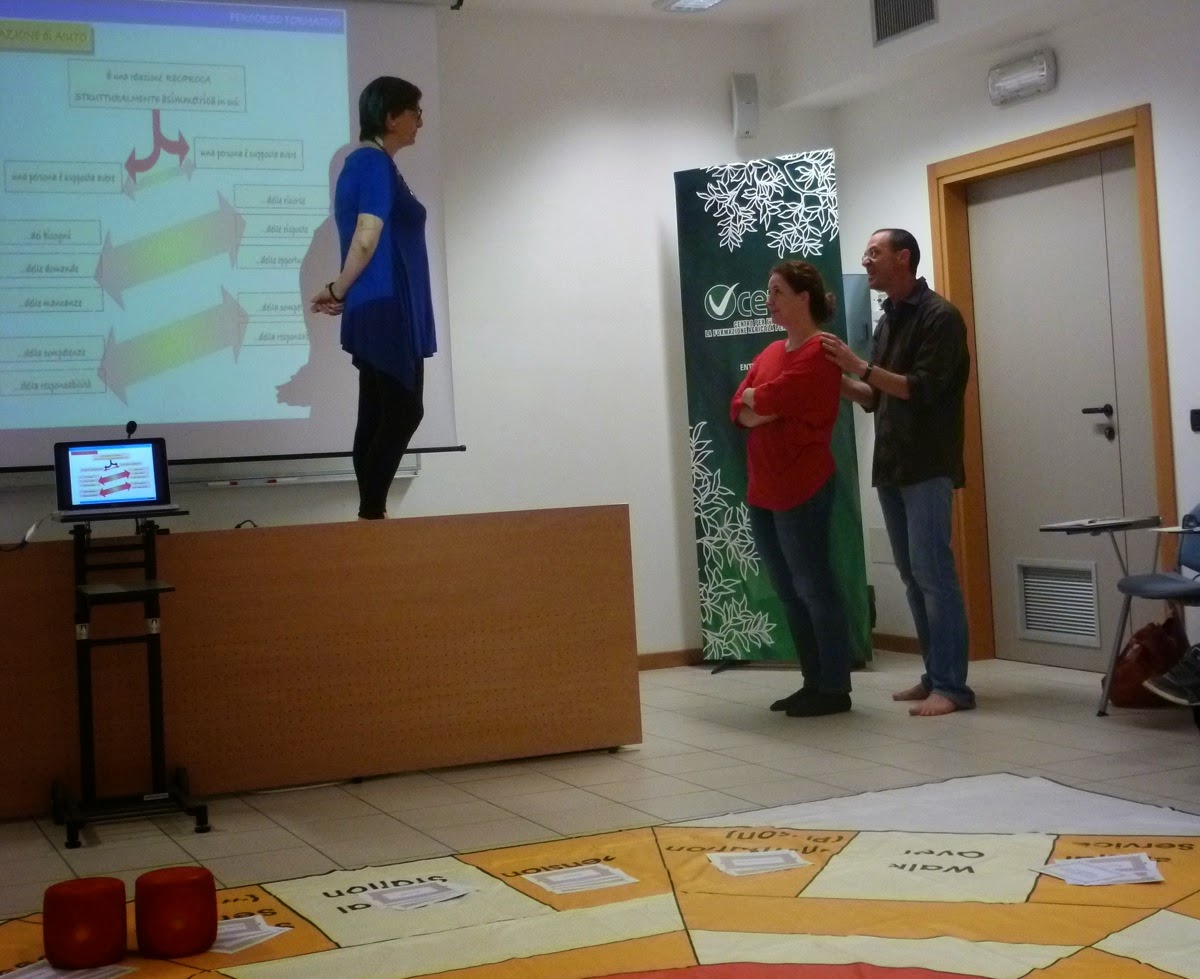 The signification & recognition of various ranks in the relation of care & within the various roles in the organisation of services opened to significant insights on the how each individuals declined the objectives, the communication strategies & the relational implications, which were usually over-estimated.
The group deepened the dimensions of “no”,

enlightening how the perceptions were related to different relational & operative roles; the collective debate revealed how “no” can be signified as an act of denial & refuse, but also as a signification of recognition of boundaries & possibilities. 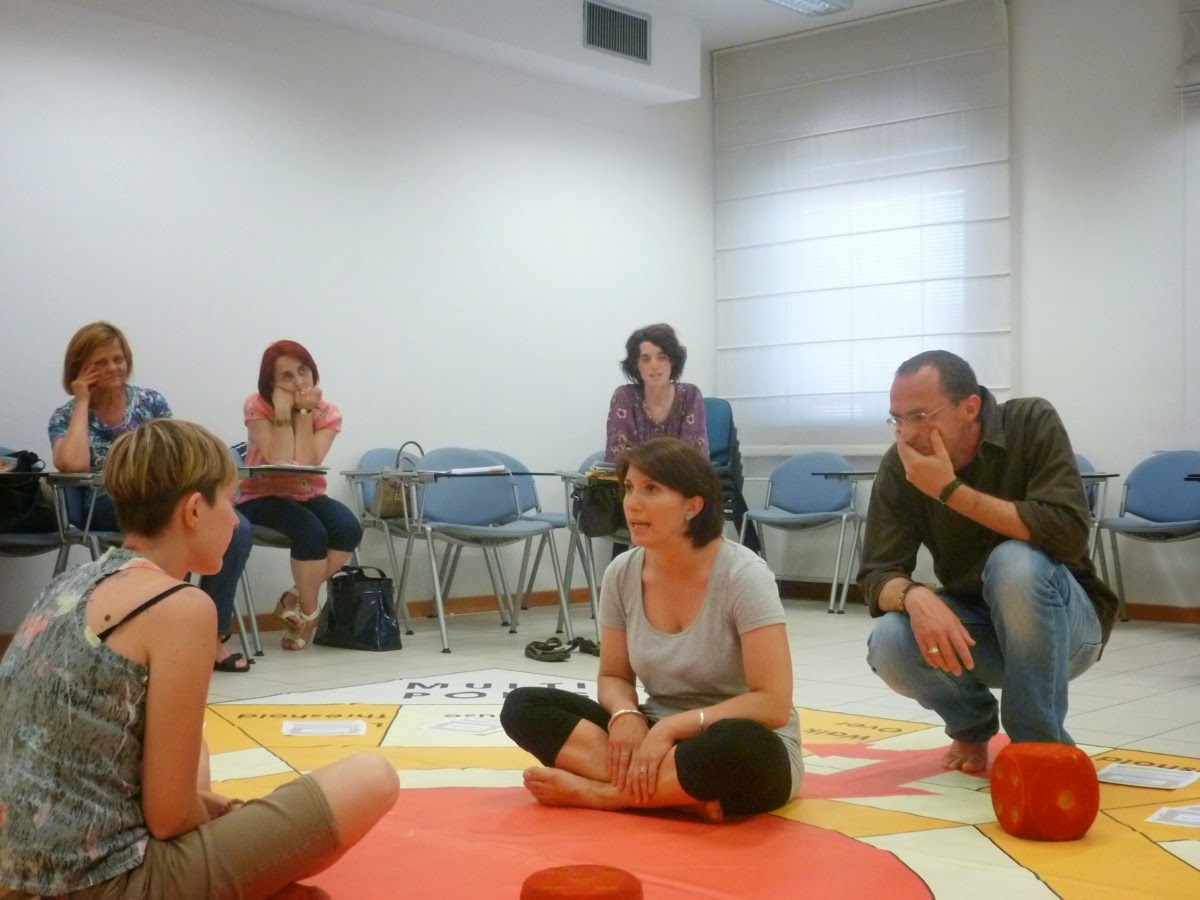 The sharing of the emotions allowed the group to experience how emotional pressures are often bound to hidden loyalties, which are themselves up-holder of justifying dynamics, enlightening the sense of guilt & the prejudices under the representation of reality. The analysis of "how" & "if" it is convenient within a relation of care just followed by. 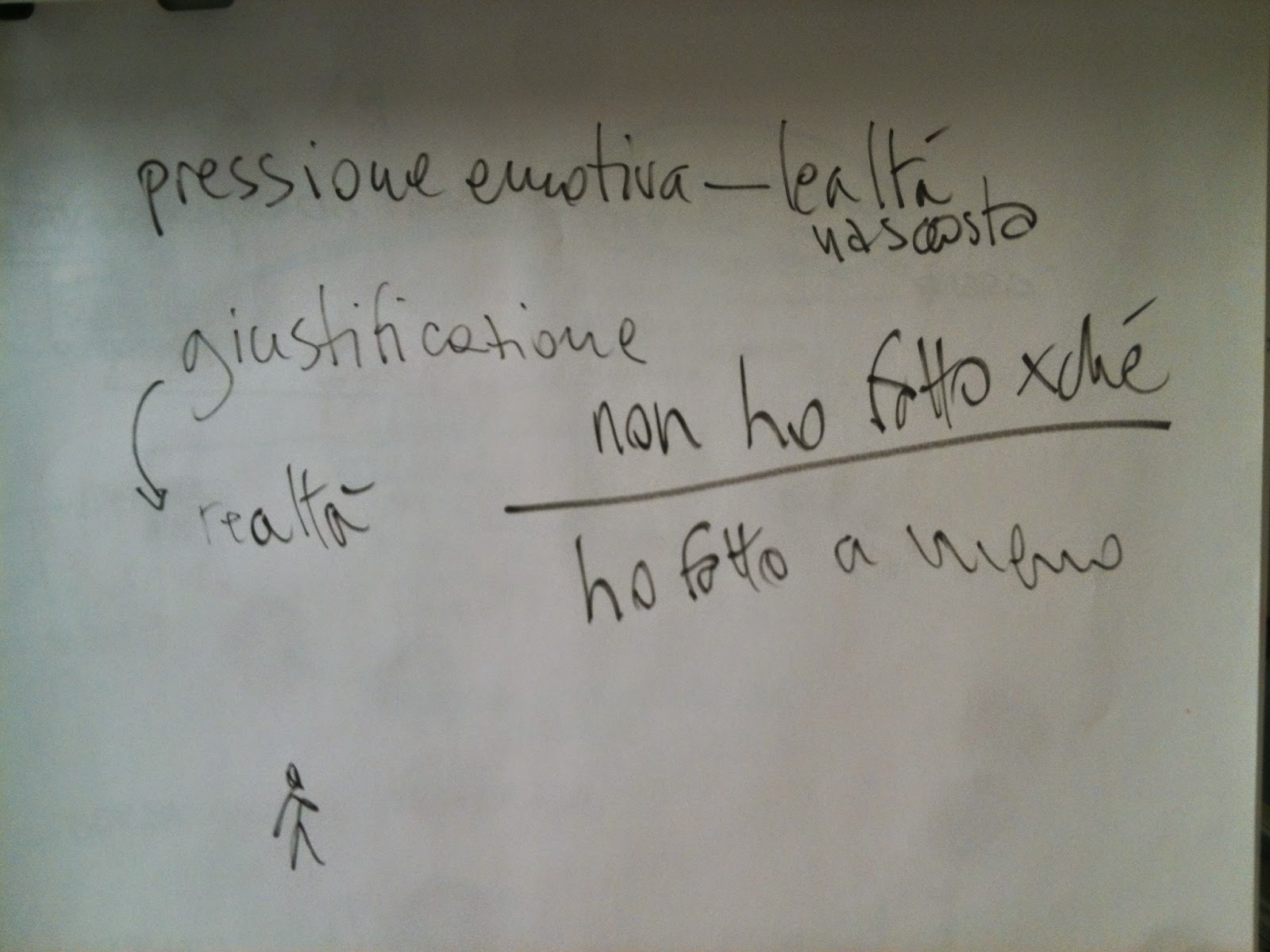 Similarly, the terminology changed from “I did not do it because ...” to “I have no will in doing”, till “I do something else”.
The experience of the “matrix of competence” in the role-play of the care-work allowed the group to clearly see what the modulation of the four different positions implies in the various relational positions & ranks. 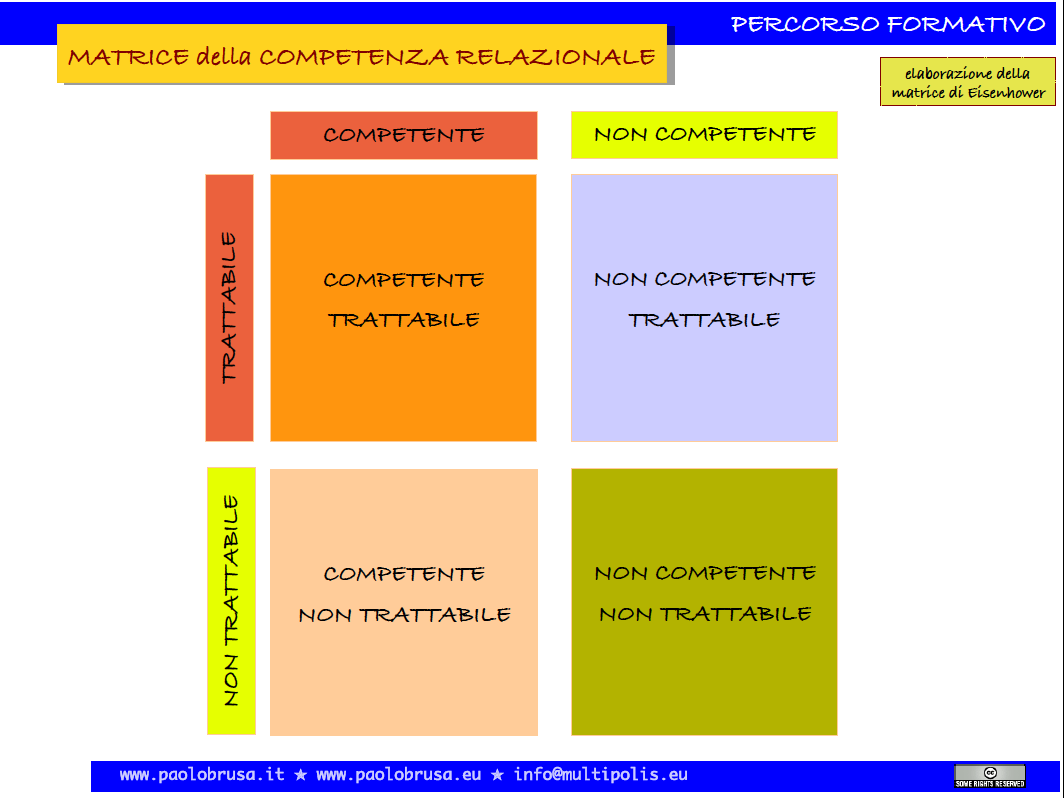 The sequence of role-play, of cartoons, the evocation, analysis & elaboration through a collective share allowed the group to explore those hidden & unexpected dimensions related to those forgotten knowledge & perceptions on what it means to act following primary needs & necessities, or following a rational or emotional paths. 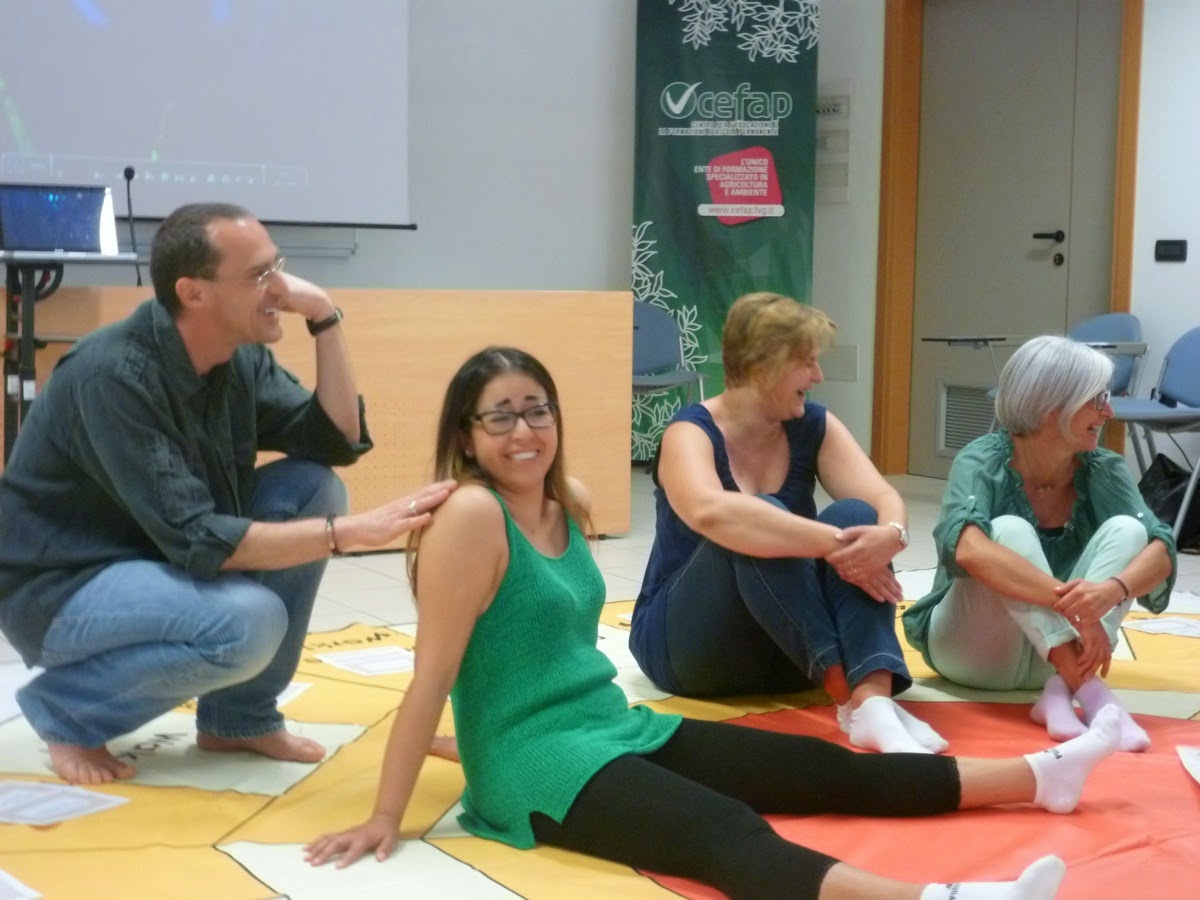 The amusement in play, the laugh, the feelings, the mutual perceptions & recognition represented very deep & significant moments during the group-work sessions.
The opportunity to discover & rediscover oneself under different & various points of views, the chance to deepen the inner-significations, the space for introspection & collective share of the emotional world of participants opened precious windows in the signification of the relation of care. 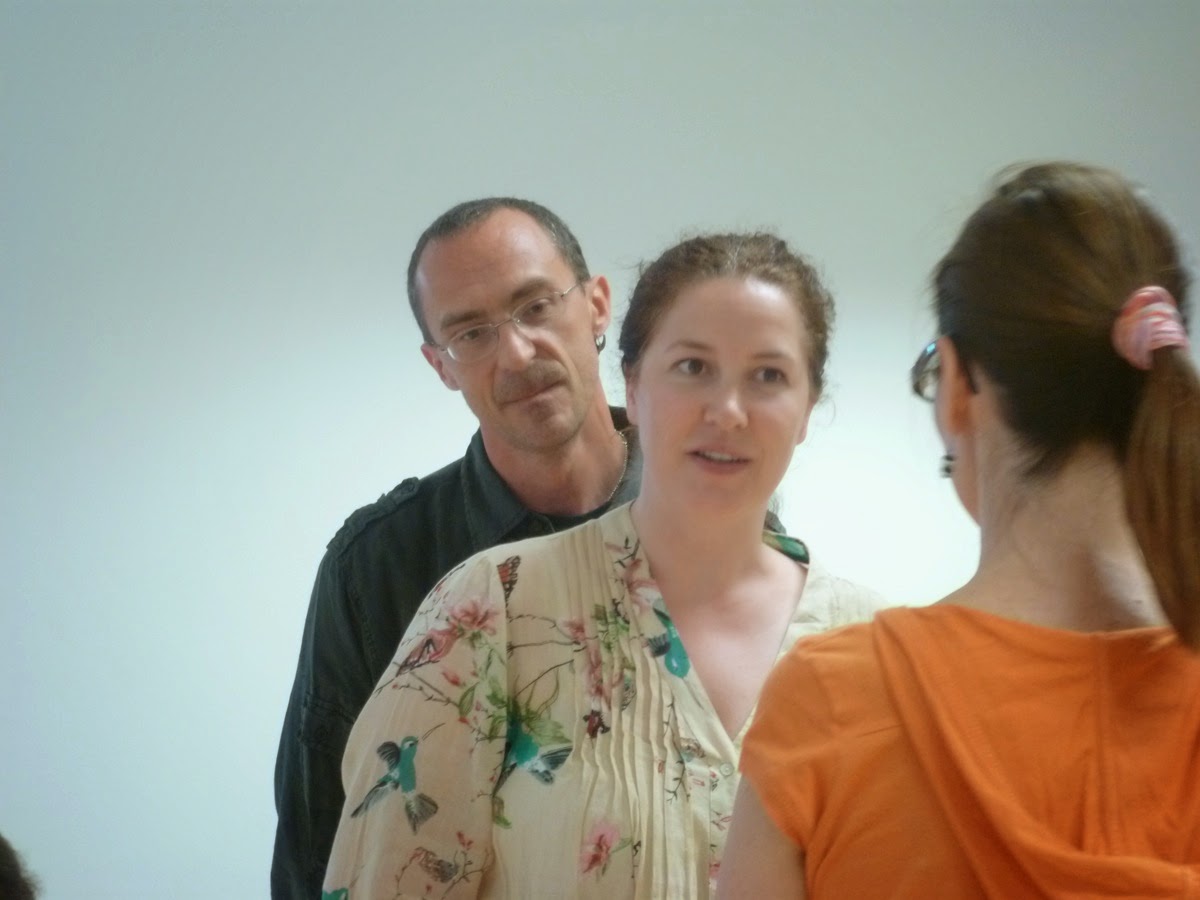 I greatly thank all the participants for their trust, respect & enthusiasm; their disposability to be conducted through unusual paths allowed everyone to mutually share precious knowledge, learnings, gifts, & to open bright windows on new horizons in the relation of care.