The post on outputs of Multipolis workshop in Udine is closed to 3.000 viewers. While I am preparing the outputs from the last-week sessions in Padova, new posts are on the way to celebrate this interest.

Lets start with a workshop on social accompaniment for women experiencing homelessness that was held in 2007: the sessions were open to participants to Melting-Box, International Fair of Rights and Equal Opportunity.
The event was organised by the Municipality of Turin as part of the European Year for Equal Opportunity
The interesting thing to me it was that the sessions were materially open to the participation: we placed the Multipolis game-board into an open space, so that anyone visiting the Fair can drop in & play a session. 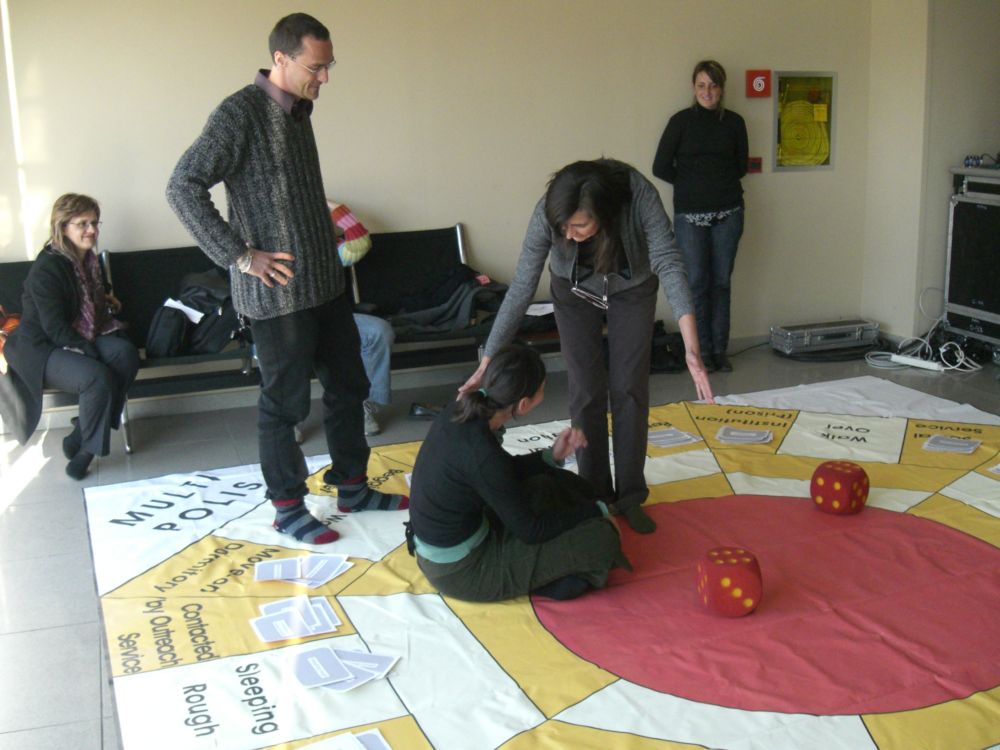 During the various sessions, the participants focused on the roles & hidden assumptions of public officers & institution concerning the practice of social accompaniment for women experiencing homelessness.
Specifically, while playing the role of public officers from various institutions, no one identified as a valid solution the accompaniment & the contact of homeless women to social services. The participants identified 3 reasons for these shocking outcomes: 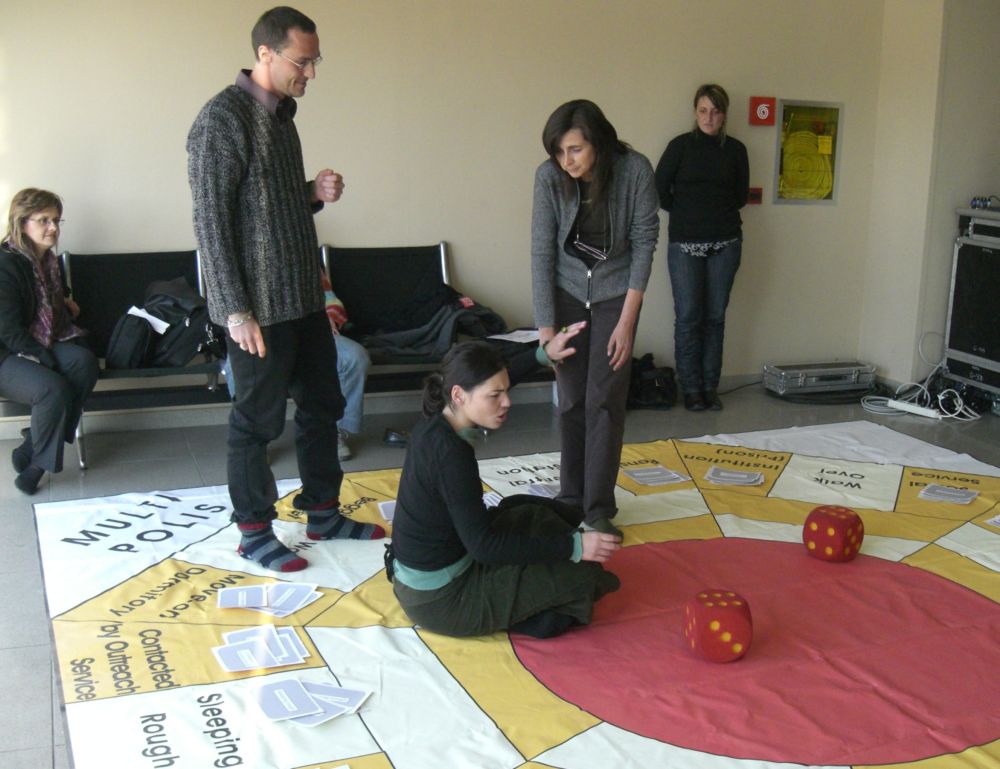 During another session, the role of a police officer was played. Interesting outputs emerged: 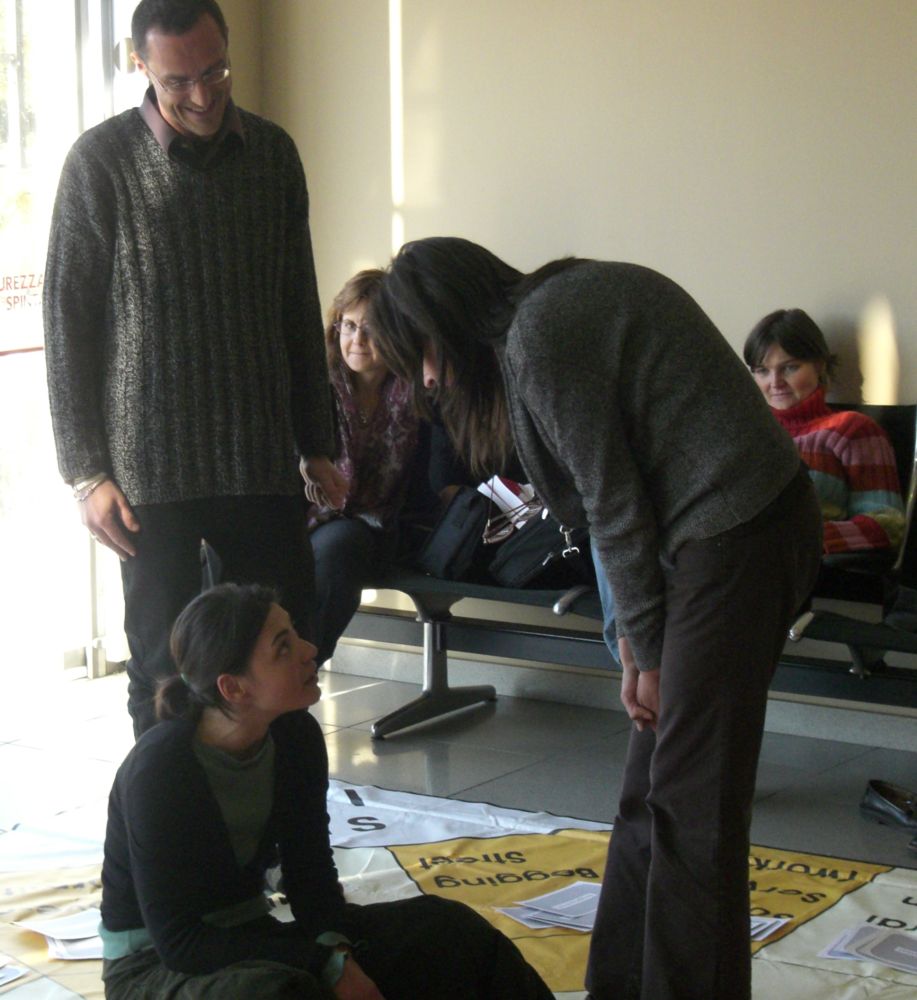 - the implicit goals perceived by participant acting in the role of the public authority are represented with an expulsive modality in comparison to the needs expressed by the homeless women:
- « … my goal (as police officer) is to have the park clean, safe & no one to disturb … »
- the two participants acting in the role of the two homeless women perceived this expulsive modality immediately in a very polarised way, feeling like having only two opportunity between:
- « … I leave in silence trying to become invisible …»
- « … I get symmetric so to have my right clear, I rather prefer being arrested than leaving, at worst I will spend one warm night in prison... I have nothing to lose anyway …»

Another interesting feedback was that without finding any available resources, or in a lack of them, the feedback from the public officer was to move away, to go to hospital; from this emerges that a social need was dealt in term of public security first, & secondly it was delegated to health department. 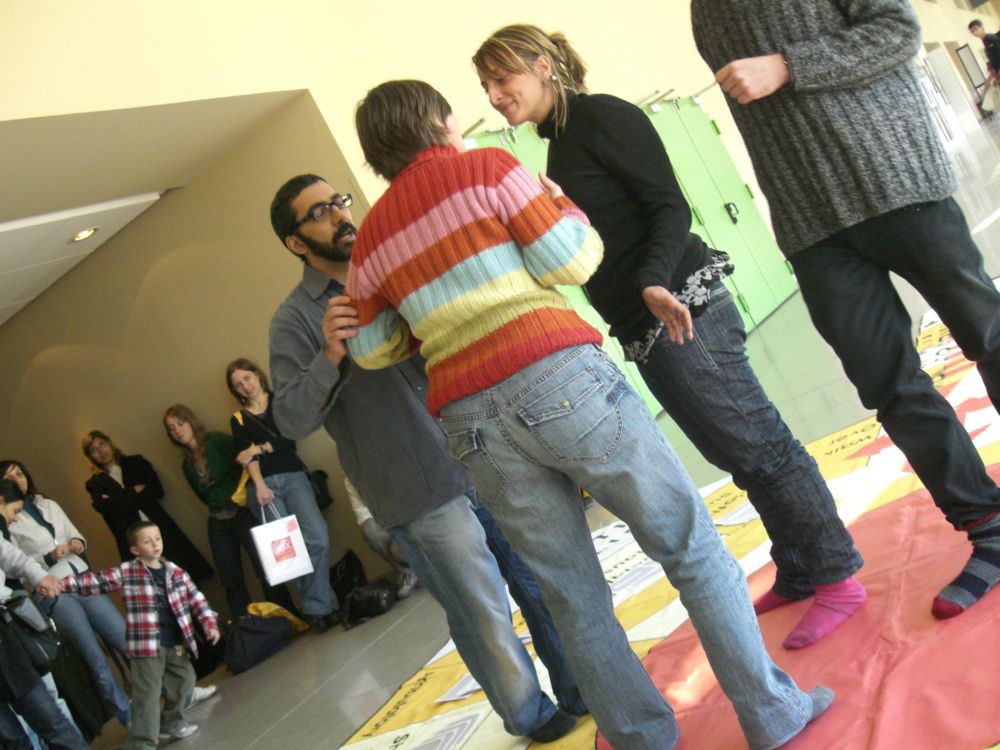 If we focus on the contents of the expressed needs, the officer answered to his/her impotence with an expulsive mood, which increased the general perception of social exclusion, leading to a polarisation of the individual perspectives: disappearing, with the correlate loss of individual identity, or get symmetric & being arrested, with the consequence loss of social identity.
soon to come: outputs & results from sessions in Padova in early March 2015
care community culture education exclusion group work homelessness inclusion Multipolis poverty psychology training
Location: Lingotto Fiere, Torino, Italia