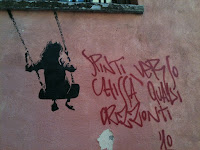 Some words are almost magical. "Care" seems to us to be one of these.
"Care" is an ancient term, with a profound meaning. It derives from the Latin word Cura(m), whose original meanings are thought, solicitude, but also anxiety and shortness of breath. The whole speech of the care is already condensed into its etymology.
Care is a profession, with its rules, its limits, its difficulties and satisfactions.
Just as many other work, "care" can also became a work of art: methods and techniques that encounter creativity to flow into the creation of works of art.
The treatment of care (or care-giving) can be carried out by people with very different roles and ranks, in a continuum that goes from professionals (psychologists, psychotherapists, educators ...) to teachers and parents.
Regardless of the diversity of roles and the different ranks that culture embodies around it, care always implies its own discourse. Each discourse of care implies its own meaningful structure, made of subject, verb, object, complement.
Anyone who has lived an experience of care in its various forms, aspects and positions, knows that the only subject of care is those who request it, those who use it. The subject of care is as well a single object of care.
We situate our discourse of "care" within this grammar, and we like to think about lending our professional skills to people, that we always consider individuals who can choose to experience themselves as subjects of care, long before they live as patients, clients, colleagues or users.
Always having the subject of care in one's mind, in our work, means a free, non-judgmental, profound and respectful attention to the person's profound dignity, which is, and remains, the only one able to act a structural change in his individual history.

For this reason we have decided to open a new generative phase of our care-work by uniting, sharing and making available our skills to offer our care and to pass the care to those who will participate, working in various ways in the care.
We are willing to experiment together with new discourses of care, contaminating and contaminating, exchanging and sharing group paths, which can be conducted or co-led by a group of colleagues and friends to generate a new dimension of collective care.
We are: 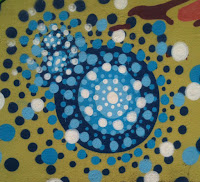 The group work dimension shares few but defined rules: no interest in value judgments and what may be right or wrong to do; a guarantee of participation and periodicity in the meetings; the commitment to report during the meetings the possible dynamics among the components experienced outside the group itself.
We are not only colleagues and friends, we also share a common approach which is linked to the our specific-but-diverse skills and experiences, and is part of the work methodology in free group and peer sharing, which recognizes the participants full responsibility and freedom in the contents and forms sharing, with the foresight to dedicate a space to everyone.
We are available to inhabit a space for sharing a plurality of points of view, ideas and suggestions on a theoretical, methodological and significant starting from the constitutive structure of the individual to groups