There is a great little story that I think it deserves to be told.
It's a great little story of ordinary dignity & abominable shame that takes place in Turin, Piedmont.
Here a group of parents got involved with a selves-direct activation to protect the rights of their children with sensorial disabilities (deaf, hear-impaired & blind minors).
They had to learn, organize & advocate against the city-Government Hall, the Regional Board, or both.
So far, this great little story is composed of three time.

This great little story began in November 2013: the parents of children with sensorial disabilities found out that the City of Turin aimed to reduce by 40% the hours of specialized rehabilitation that support the blind, deaf & with hear-impairment children both at school & in the family. The dreaded decision to cut by 40% the available 10 hours per week to every boy / girl, arose from a number of different factors. 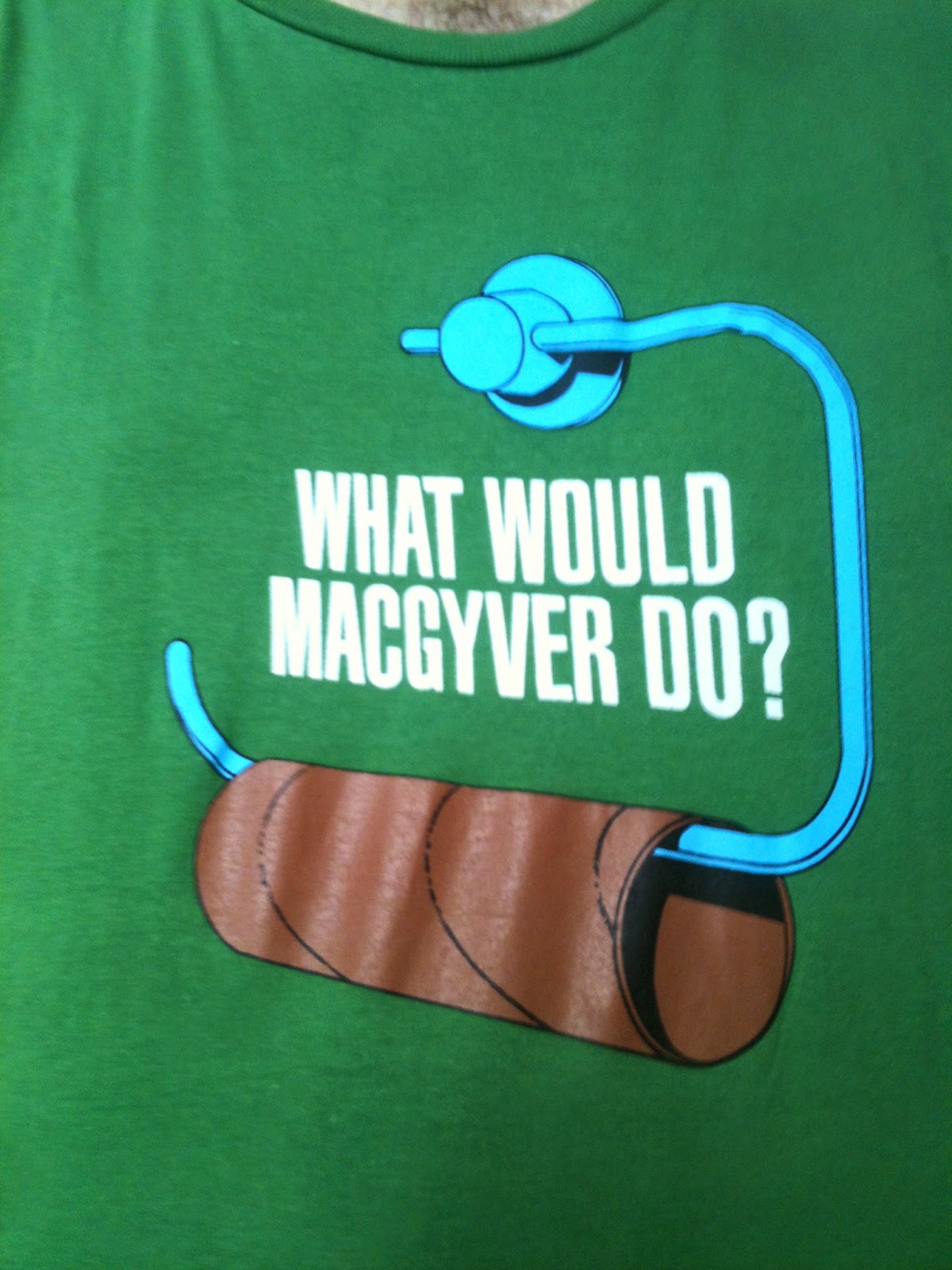 Those factors are quite notorious in everyday Italian experience: a mix of incompetence, incapacity in planning, lack of transparency, all mixed-up with a willingness to cut the weaker while favoring the stronger...
To address this risk of cuts, the parents of children with sensorial disabilities started to meet, discuss, get informed & share those information through web tools; they created a group that soon became “Spontaneous Committee Sensorial Disability Torino”. Parents studied law, consulted legals, wrote documents; they asked for a public debate. After a sad theater of continuous postponements, then they claimed, obtained & met the leaders of the City and Regional Government in a joint session of public debate.
Parents demonstrated that:
Parents produced a structured document (here IT version only), that was presented on Dec. 23rd to the leaders of the Region & the City Governments, during a public debate in front of more than eighty parents, furious & aware of their rights. 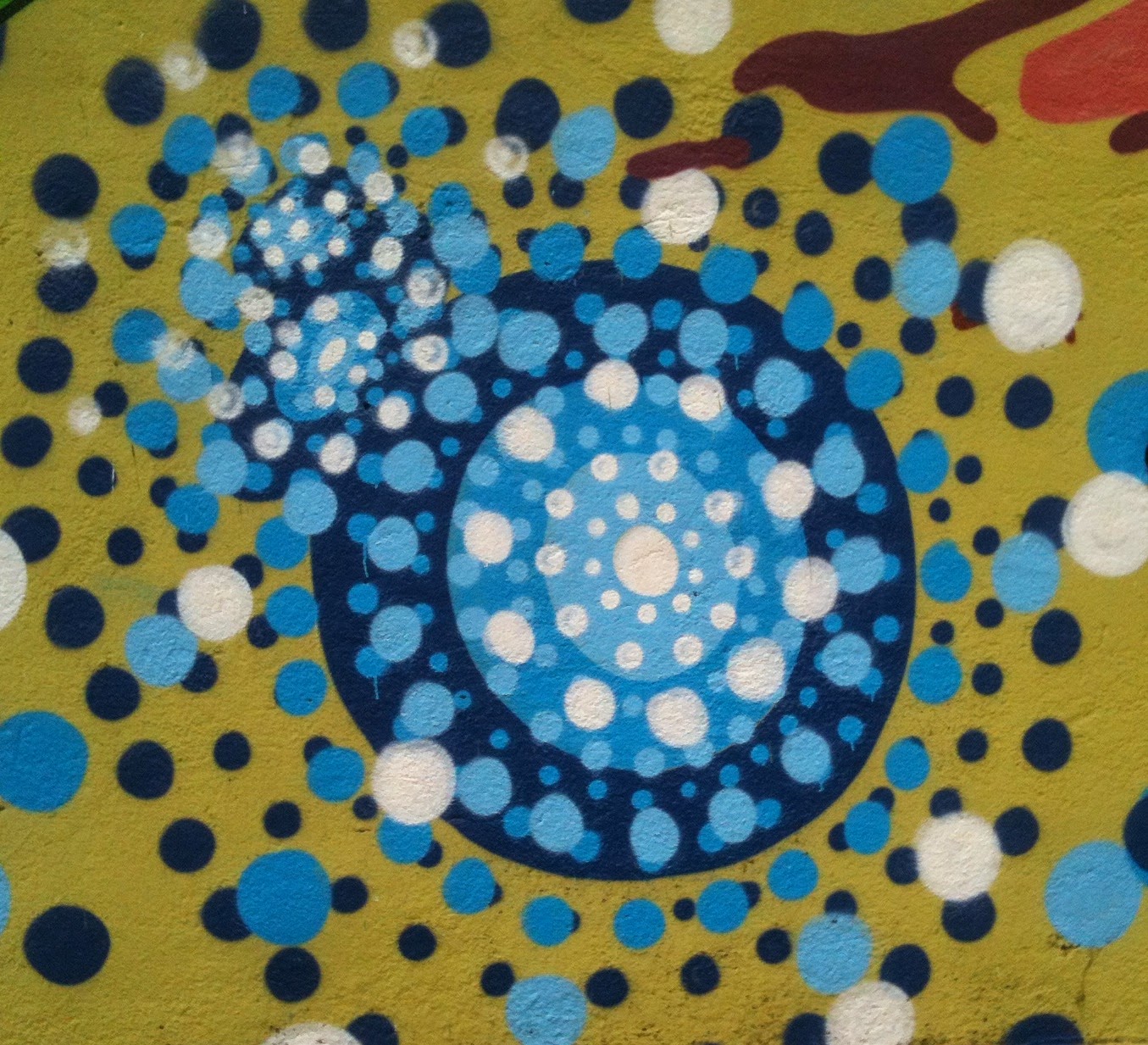 At the end of the debate, the leaders of the City and Regional Governments guaranteed that: there won't any cuts; new measures were taken to ensure the continuity of the support & rehabilitation service in the quantity & quality so far provided; there won't be any more risk of blackmailing individual parents by suggesting to accept fewer hours as an alternative to the closure of the service. At the end of the debate, the parents remembered to City and Regional Governments that their possibilities were basically two: maintain the rights & deliver the service, or cancel them off, with the following assumption of political responsibility. With this conclusion, parents greet the leaders of the City and Regional Governments wishing happy holidays. End of the first half.
The second half of this great little story of ordinary dignity & abominable shame starts in June 2014.
Between Dec 2013 & summer 2014 parents maintained & expanded their network in order to always been up-dated on every possible thing. In early June they discovered that during individual meetings, some parents received the shocking proposal of reductions in rehab-programmes (without any tailored reason, the suspension of the service from early June to September) as alt 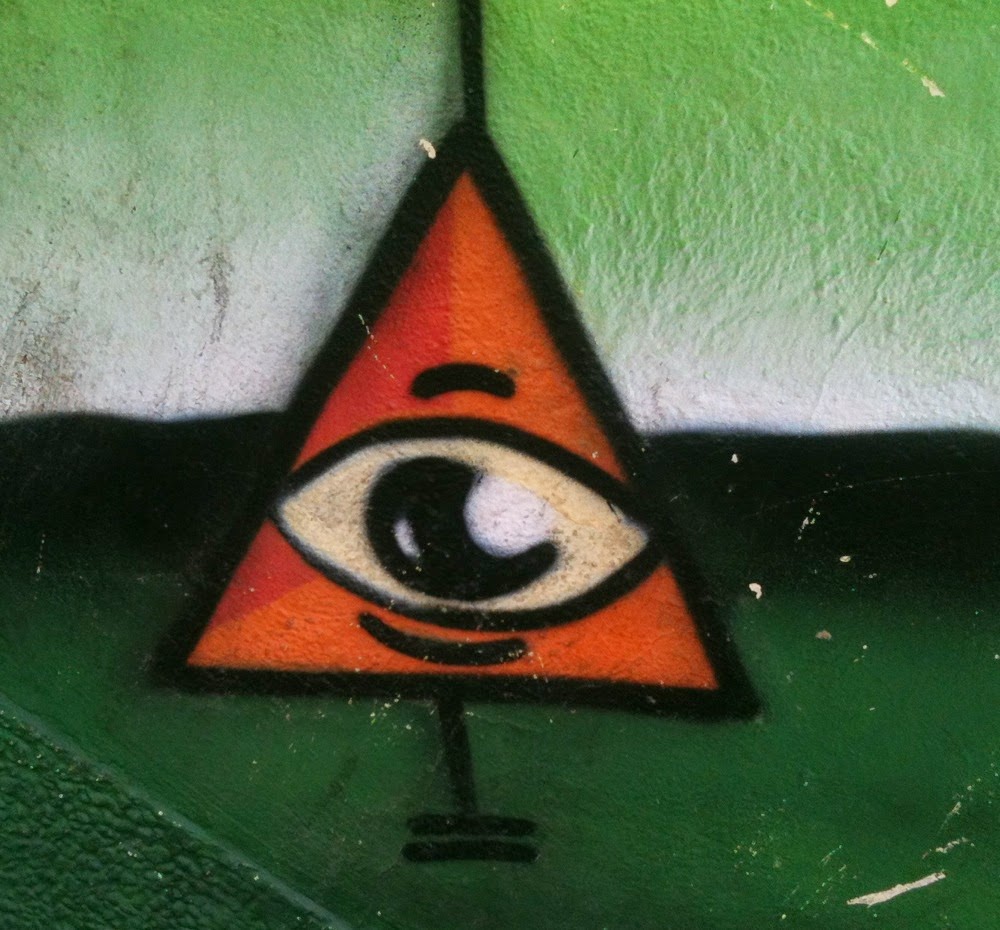 ernative to a feared not-reopening of the service after the summer. Parents felt the smell of blackmail & betrayal of the public promises made by the City and Regional Governments, no later than six months before.
Parents reconstructed the picture of the situation, updated again, wrote a new document (IT version downloadable here), asked for & got an immediate new public debate. During this “urbi et orbi” debate, a formal commitment from the City Government was defined:
- there is no risk of “not-reopening” the service in September;
- the summer suspension f the rehab-programmes can not be related to the closure of primary schools, as they depend on the number of hours necessary on the base of each children tailored education plan & individual rehabilitation programmes;
- the pressure on single parents with more or less overt blackmail won't be tolerated anymore.

Once again, parents reminded to the City & the Regional Government that the possibilities are basically two: maintain the rights & deliver the service, or cancel them off, with the following assumption of political responsibility. Ending the meeting with such clear news, parents greeted the leaders of the City & Regional Government, wishing good summer & good everything.
End of the second half.
The “third half” was, unfortunately, very different from the rugby gentlemen' tradition. Summer 2014 were a time when two things happened, handled in a completely different way by the City & the Regional Government.
The Municipality warned parents that the rehab programme, together with the whole field of educational support, would pass from the Educational Dept. to the Social Assistance Dept. The warning reached parents before as a mail, then with a call for a public meeting scheduled on August 28th. Despite the holiday period, the meeting was attended by over 40 parents, in front of which the leaders of the City announced the change of internal department reference, adding some guarantees: the service will not be touched; there will be no more individual pressure; there is a general agreement between the Regional & the City Government to ensure the rights of children with sensory disabilities. This time, however, it is not the end of the “third half”.
In fact, in the beginning of September 2014, astonishing news began to circulate among parents. Those news were a split on the summer-reassurances just heard: when some parents of deaf children referred to medical departments for the regular checkups, for the upgrade of the cochlear implant or for the replacement of no longer functional parts, they were asked their ISEE-model (to indicate their economical situation); the requests were peremptory: participate to the costs on the basis of their ISEE-model, or the closure of the practices.
What was impossible, it happened. Again, parents communicated, studied the situation in details & reconstruct the overall picture, mobilized & found that:
→ implants for deaf children from 0 to 14 years
→ cochlear implants for all deaf people
→ wigs for children, adolescents & women with hair loss because of chemotherapy.
You read it right: the holes in the budget of the Piedmont Region are not due to a nefarious policy that between Pharaonic Olympics expenditures, unnecessary high-speed trains & skyscrapers spent billions of euro. To heal these chasms, the Regional Government did not revise its fiendish & iniquitous priorities, they decided to save money by introducing the discriminant of income & so forth to cancel the rights dedicated to hear to deaf children with cochlear implants, & the right to a decent life for children, girls & women with cancer.
It was far too much.
It was not just a matter of safeguarding the rights at this point.
It was a matter of stopping a shameful abomination, an abominable shame.
Again, all of this was taken in charge by parents: they studied the documents, prepared for a possible appeal to the Administrative Court, as they found out that the measures, beside being shameful as contents, seems to be also illegal.
But there was a timing-problem: having the Regional Government made the decision in early summer in total silence, parents found there were few days to get around: summer ate the 60 days available to appeal to the court. Everything had to be solved & decided within October the 3rd. It was September
Parents divided the various tasks on the table: some parents worked on the legal side, preparing the appeal to the Administrative Court; others started a tense, dense & dry dialogue with the Regional Government. The association FIADDA met the Councillor for Equal Opportunity, who agreed the measure was outrageous, & declared to be ready to produce a new resolution at “zero time” annulling the shame of the summer deliberation.
The firm contact with the Regional Department of Health produced even more, as it turned out that:
This is when this abominable story of shame turned to be a small, great history of rights & dignity. 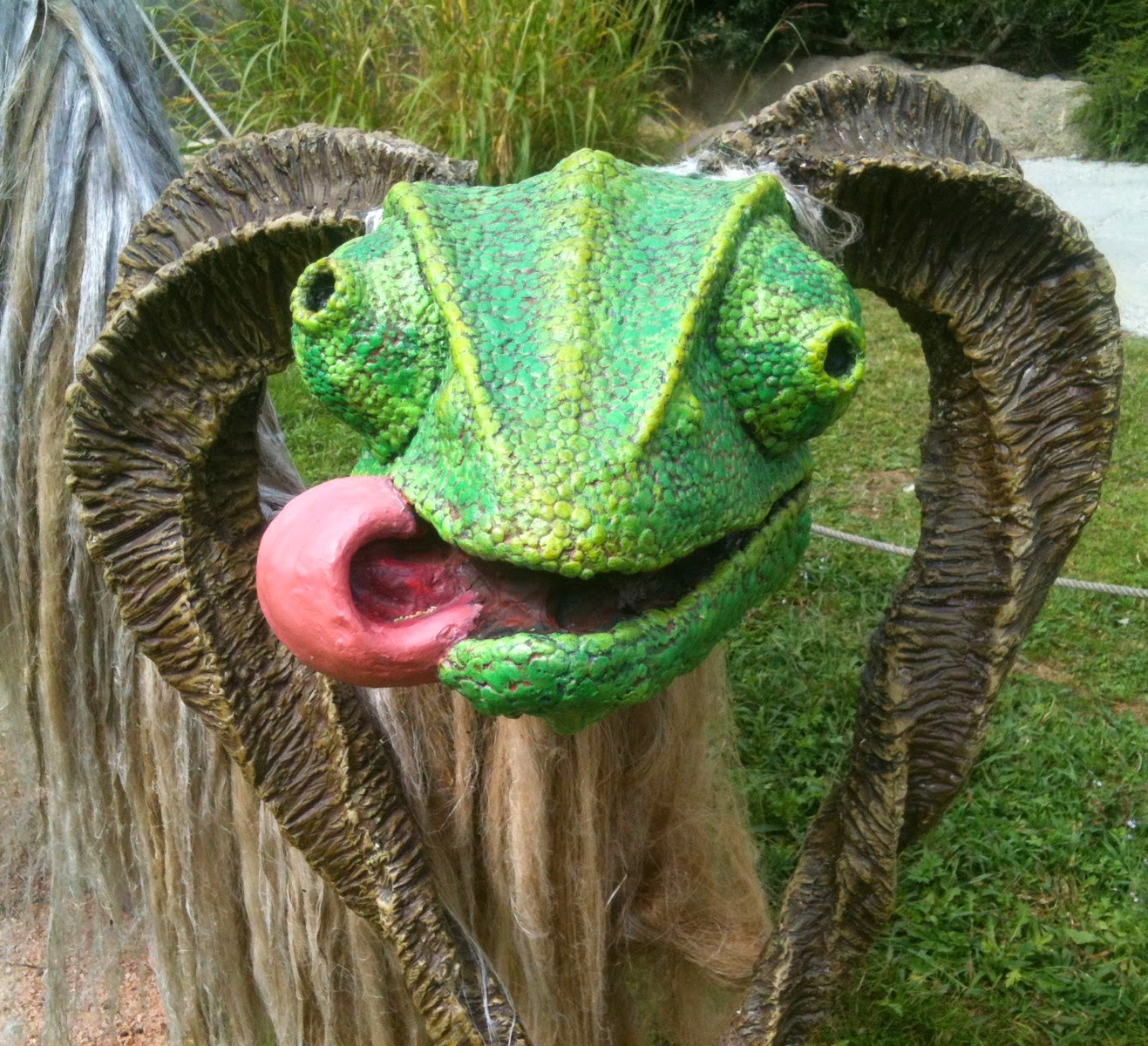 The Regional Government circulated a formal signed paper, which clarifies how the ISEE-model & the participation to the cost is not due at all (IT version here). Furthermore, the Regional Health Dept. asked Fiadda association to be so kind to contact all parents in order to report any abuse, so that they can intervene promptly.
Parents pull back their breath, circulated the necessary documentation & made it available in free download in order to make any parent ready to protect the rights of their own children. Finally, it was the time to celebrate a proper third half.
I am strongly convinced that only a community-based direct-process has something honest to tell to the “modern” forms of democracy. I am also convinced that the more information, stories, witnesses & documentation shall circulate, the better is for a raise of responsibility in the community & of awareness on people rights.
For these reasons, all the documentation is available here in free download:
At the moment, this is the end of our story, even if the new provisional budget of the Piedmont Region (IT version here)needs to be read seriously.
To be honest, some parts are still missing, such as the complete deletion of all measures that the Regional Government decided this summer: the hearing-prosthesis & the battery for cochlear implant should be included in the obligatory free-offer; it must be cancelled the shame of the cuts made on the skin of children, girls & women with cancer, in addition to the cuts on disabled people and the elderly in general. We made our part, & we are here to continue. 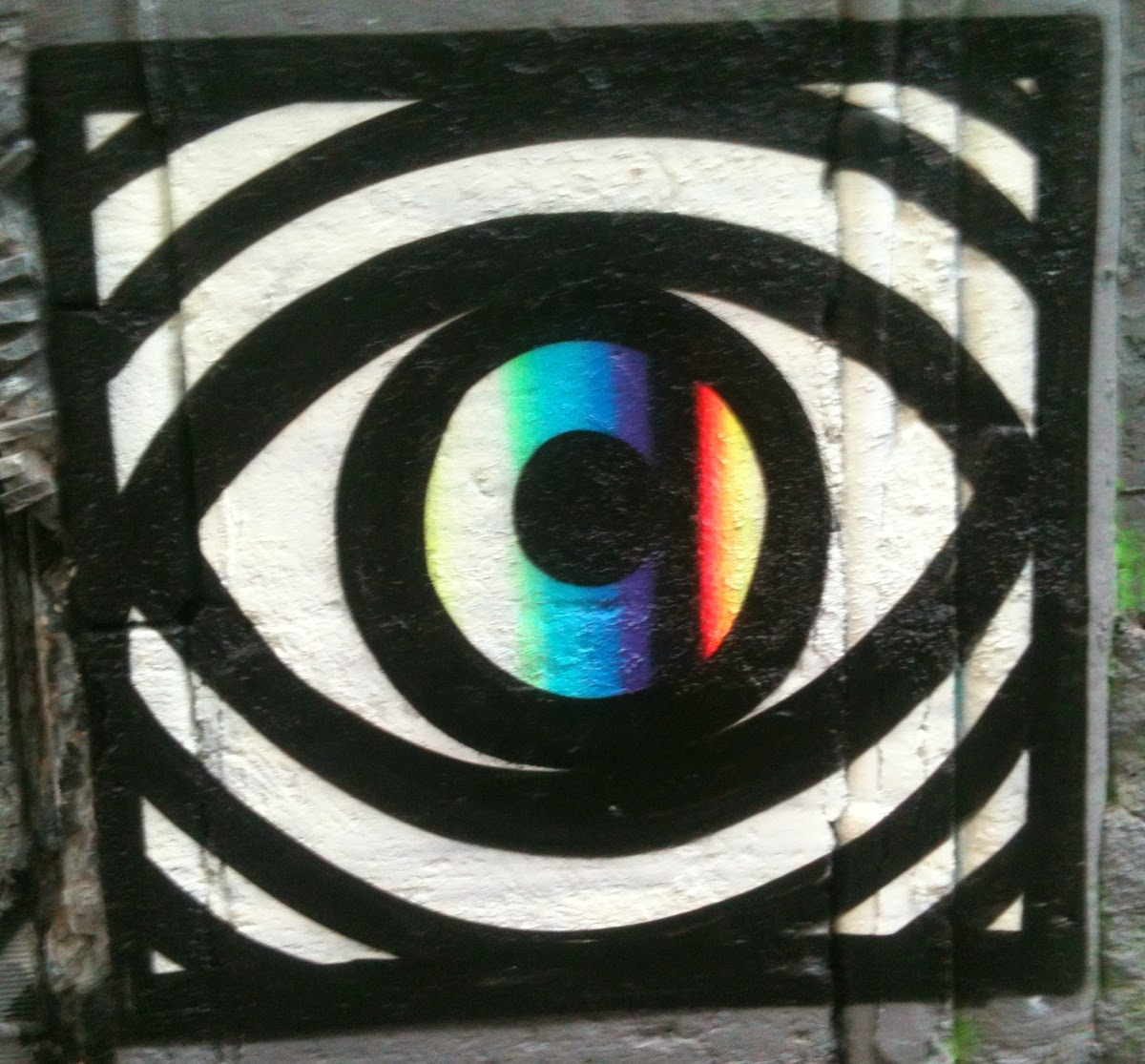 This is the story so far. It is the story of a group of well-determined parents to defend their rights, convinced that, as Italo Calvino wrote in “Invisible cities” (1972), "You take delight not in a city's seven or seventy wonders, but in the answer it gives to a question of yours ".
As parents of children with sensorial disabilities, we are interested only to talk about rights; we don't care a thing of their appearance & representation. We want clear answers, no smokey speeches.
Within all this story, there is a very precious gift of recovery: the opportunity to learn how to take what is ours, how to regain what belongs by rights to us & to our children, it has been far one of the greatest gifts that this group of parents was able to donate to ourselves.

I think that this great little story of ordinary dignity & abominable shame deserves to be told, to be known, to circulate; the decision of making documents available in order to foster the chance to duplicate our experience just followed.
As a parent, the hope is that it might become a source of inspiration for others, ready to repeat & multiply wherever there will be the need.

Updates will be available in future posts, as far as the story will continue.

For more information, you can contact me at: info@multipolis.eu