A look at the limit - learning from the experience of clinical work with childhood disability (Notes from the seminar of dr. Simona Daneo & dr. Michela Fiore) 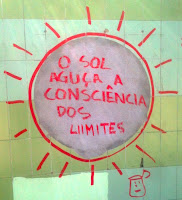 There are patients who teach.
The road is not given.
In its place, there is only one path. A process.
An exciting start of an intensive seminar, deep, experienced and felt to the limit between the clinical professional look, and the one of the father who moves within the same field.


A day which has been intense, and deep. A look that becomes a see, and a possibility to say something to the limit, of the limit and above the limit.
As usual, some days were useful to settle down the many suggestions that Simona and Michela have given in their workshop. A few days to prepare the time for sharing. 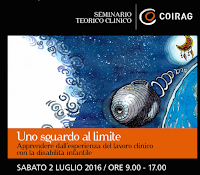 Almost opposite to the degree of "-less" of the inevitability in the diagnosis of non-healing, the disabled person is over-exposed to a "more" of medical treatments, which often consist of a silent, invisible and inexorable violence, made of handling, looks, violations of the intimacy and of the integrity of the body, with a continuous reference to the violation of the IM-possible.
The clinical act works to recover this space of internal viability, which is not performative, but existential. As one person once told me during an open working-group «…I dribble … I can not speak … I can not express myself … or move like you … but I feel the same emotions that you feel … and that think I can not help …»
As in any other field of intervention, the dimensions which pertains us is beyond the Other, being in front. The main question is how the psychologist can live and deal with the dimensions of the impossible healing, with the inexorability of a disease, with death.
The counter-transferal dimension queries with a deeper intensity: if the care intervention works, the degree of sorrows, sufferings and grief will increases while the person emerges from his/her silence, from the implied-but-unsaid im-possibility of a complete healing. To open the door for a possible recovery, the psychologist should follow, accompany and learn from the patient how to deal with the impossible healing.
The ability to accompany the person to the awareness of this im-possibility implies a path to recover the individual identity from an enormous wound.
Unlike other situations, here the original wound is real, before being symbolic. This determines a "containment" operation that the person puts in place to defend against the daily routine, favouring splitting movements and compensatory narcissistic instances to overpass the weight of anger and envy.
These dynamics lead to a conflict with the ego-ideal, which is often borrowed by osmosis or by tilting from the parental proposals; on the other hand, it can result in a compensatory projection of disability into mythical characters and superheroes.
I won't deepen the parental influence here. But it is fundamental to see how the contact and the continuous comparison with the parental dimension can leave the disabled child in a difficult space of signification: the child will be involuntary forced to face the defences which are expressed and acted by the parents. They are themselves called to confront with their anguish and mourning for the lost ideality; it often results into falsely-salvific projections ("you'll see what you'll do when you'll grow up") or into self-accusatory and comforting introjections of the disability of the child ("it's all my fault, as I generated you").
The self-accusatory dynamics is often present in the parents, and it obviously implies a self-comforting defence. What the parents need to realise is that their child disabilities, once entered in a speech of guilt which might be repeated over and over, it is of no support at all for the disabled child. 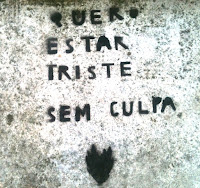 The intellectual inhibition, together with the right to refuse any rehabilitation scheme, complete a picture that questions what the psychologist is able to do with an identity which is (and never will be) something unique. This concept has been dramatically but impressively summed up by the expression cited by Simona Daneo: a disabled boy who told her in a moment of deep intensity: « … I do not want another mother … I want another birth …».
These words express the significant condition of the need to survive from the mirror-alike position with the parenting part, which often lives the disability in terms of introjection «… look what happened to me…». The point is that it actually happened to their children; and that this constant repetition might help parent, but takes away extra space to their children. I always remind that each person, at his/her peculiar way, know its own truth, and that it can be speakable. The psychologist just has to listen: « … I do not want another mother … I want another birth …».
The self-observation is a basic part of any psychological work, as it should be part of whatever parental role. This will allow to discover the invisible, to make visible the emotional dimensions and the counter-transferal dynamics.
Likewise, the component of "educational" parenthood, which is part of the psychologist, may be loosened starting from the emotional and counter-transferal dimension, which can -and should- always be recalled to evidence a space of awareness, just to allow the professional to do something, while and within its implication.
Just as every act questions our desires, the psychologist can empower itself to toil his suffering in meeting the Other without memory nor expectations. This position allow the subject of care to enter its own field of own care, in which the professional is, and will always be, existentially external. The psychologist can itself create a space beyond the projections of its shadow-parts, or its uncanny parts, which will be implied upstream in order to be comfortable in our "un-learnt" speech of care.
In the space that we leave unsaturated, the disabled person will have a chance to involve him/herself, to signify him/herself from the negative capability as a means, tool and instruments to stay in the uncertainty.
Been able to stand in front of the uncertainty, not differently but more intensely than in any other field of intervention of care, introduces a double logical register: the diversity of equality sits in the presence of the equality of diversity. One in front of the other. One faces the other.
On one side, we will might hear an inner-speech like «…I don't look at you … I don't see you … I wriggle myself … my less-part... wriggles in anger … »
on the other side, from a look in the eyes, and from the eyes of another internal speaker, we might hear: «…if I would look at you, what would I see? … This perspective of non-healing is so pervasive, that I would rather abandon the camp and go outside to smoke, but “what I would like you can not, you do not do it”…».
That is exactly the point where an existential contact is then possible. Through the expression“what I would like you can not, you do not do it”. Genetically. Existentially.
Here's how the disability goes to question the narcissism, leading straight to the heart of the existential parts of the psychologist: the manifest disability can manifest and unfold the doubts and the desire of the professional to be recognized skilled and capable.
Our task is to learn to live these unsaturated spaces. To enter the negative capacity and inhabit it comfortably. To accept the deepest existential contact.
“what I would like is not given” is the truth of the mirror, which alone, if accepted, will authorize both to venture into the abyss of care .